How To Form Power Chords And Create Rhythm 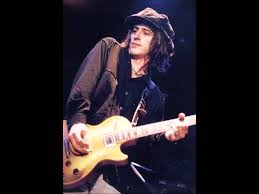 In this lesson, we are going to learn how to form power chords and create rhythm.  Once you have mastered your open chords or would like to take a break from them, you can proceed to work on your closed power chords. Once you get the open chords down you can focus on learning power chords & creating rhythm with them.

Closed power chords are very much like your open power chords, it’s just that now your playing two strings where neither one is open. These are going to be then next chords in your vocabulary to learn because they are played with two fingers instead of just one. Your index finger and your ring finger. Or the pinky if you prefer. Everyone plays a bit different.

I recommend you use the first and third fingers as this is more standard and will leave your pinky open to add chord embellishments later when you learn to form chords using three and four fingers. But for now, we’ll just stick with two.

What’s great about these chords is two things.

This allows you to unlock many mysteries of the guitar and rock guitar songs by playing chords of this type.  Most rock songs ever written, mostly use or have used these types of chords.  So make sure you take some time to learn how to form them and then learn how to move them around the fretboard.

When learning to form power chords you will need to stretch your fingers a bit.  Because this chord shape is created by two fingers on two strings with a fret in between them.  And once you learn this to form this chord, you will need to keep this shape when moving it around the fretboard.  Be sure to watch the video lesson on how this is done.

Chord types of these are not the easiest to form as a beginner, but with a little consistent effort on a daily basis, you will begin to see some progress and that is when the fun starts to happen.  And as with all things, you must be patient and not give up. If you stick with it, your reward will be all the cool rock songs you’ll be able to play.

Watching me form them in the video lesson is fine.  But it is very beneficial that you learn how to read them in the written tablature as well.  This will give you more of a rounded education, a step up on most guitar players (most don’t read sheet music) and a more enhanced learning experience. Heres some examples of what power chords look like in tablature format.

Here we have a G power chord.  Where the first finger (index) is on the sixth string third fret and the third finger (ring) is on the fifth string fifth fret.  Remember in guitar sheet music your biggest string will be on the bottom.

Always remember (I can’t stress this enough) that the strings in the sheet music are upside down.  I know it can be confusing.  Sorry but I didn’t create it, I just teach it 🙂  Anyway, now that we know how to form a few chords, let’s look into how to create the rhythm with those chords.

Creating a rhythm with power chords.

Accomplish this with proper timing and emotion.  When creating a rhythm with power chords playing rock music you want to start out with a simple 1 2 3 4 count.  Because this is the most common timing of rock music.

Listen to bands like AC/DC.  They use this timing in almost all they’re songs.  You can tap your foot to the beat and follow along to the music.  It is simple and effective.  Then once you get the initial timing of rock music down, you can create more complex rhythms.  But in the beginning, keep it simple. 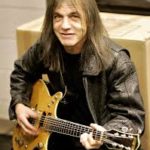 This creates the internal clock that all musicians must have and by focusing on improving your timing by counting (to yourself or out loud) you begin to develop this very important skill set.  I can’t begin to tell you how many musicians I’ve met who have not developed proper timing.

Additional counts to use when creating rhythm.

Here are a few more to experiment with:

Any of these examples will produce a nice rhythm and if you work with them enough, you’ll begin to discover other ones you can create as well.  Think of how creative you can be with just these four numbers.  Look at our number system 0-9 and all the endless possibilities that we can come up with.  Even though you’re just using four numbers, the concept is the same.

Once you work with these counts you’ll begin to recognize familiar parts of songs you already know.  So practice these rhythm counts while moving your power chords up, down and around the guitar fretboard.  That way you will develop your internal clock and be on your way to becoming a good solid rhythm guitar player.  Which is vitally important.

Moving your power chords is essential to learn. Make sure to lift your fingers slightly off the fretboard but keep them on the strings and play only the two strings that the chord is made of.  The rest of the strings try to mute with your fretboard hand.  This will keep unplayed strings from vibrating and causing unwanted sound.  It will allow you to produce a cleaner, rich guitar tone.

There are certain techniques that are associated with playing rock guitar that you will need to master.  This takes time.  But with the proper training, it won’t take as much time as you think.  That is why I wrote Rock Guitar 101.  A simple step-by-step method on getting started playing rock guitar.

Rock Guitar 101 will help out in many ways and allow you to progress at your learning faster than you ever thought possible.  Once you learn what tools are necessary,  you will then learn how to set them up and get the best out of them.

You’ll also discover how to develop practice habits, basic music theory and much, much more.  All without previous musical knowledge or ability.  This can be very very beneficial when getting started.  If this is you or anyone you know, be sure to order this book today on Amazon and get started having fun learning how to play guitar.