How To Play Natural Chords For Beginners 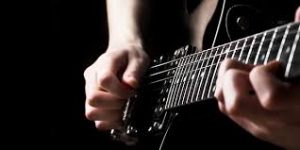 Learning to play natural chords for a beginner is one of the hardest things to accomplish when first starting. You have to put your hands in weird positions & they tend to cramp in the process. Not a very fun experience in the beginning.

But I’m here to tell you, It gets better as time goes on.

The issue is your using muscles in your hands & fingers & bring to get them to do things they’ve never done before. So naturally, they are going to ache during the process. one thing that can help this is finger exercises.

It’s all part of the learning curve so as guitar players we have to go through it. But it doesn’t have to be a chore.

The three most common chords that are in hundreds of songs are the G, C & D chords.  If you learn these three chords, and how to strum them, you will be able to play many, many songs.

When I teach guitar lessons, I usually start people off with the E minor chord as it is the easiest to play.  It is also one of the five basic chords to start out with.  But for this lesson, we’ll focus on the most common three.

This chord is made up of three notes and is played on the first three strings at the second and third frets.  This chord is very common in many songs, so I recommend you work at learning it well.

Her we have the D major chord written in tab.  If you don’t know how to read tab, that’s ok I’ll give you a quick lesson.  If you’d like to learn more about it, check out my lesson on how to read guitar tabs.

But for now, the 6 horizontal lines represent your guitar strings with your biggest string on the bottom.  And since the D chord is on the three smallest strings, it will be located on the top.

Think of your guitar as being upside down.  I know, it’s confusing but I didn’t design it I just teach it.  Anyway, the numbers will represent the frets you place your fingers on to form the chord.  In this case the second and third frets.

This chord could even be the C major chord, but I suggest the C9 chord because once you learn the G major chord shape, this one is really easy to form.  And not too bad of a transition from the D major chord

The C9 chord is played on the fifth, fourth, second and first string on the third and second frets.  As you can see, we have the three from the D chord in there so that finger doesn’t need to move.

In some cases, the two on the fourth string is eliminated for easier playing.  I recommend you learn this chord before you learn the G major as it will make the G major easier to play and transition into.

This is probably the most common natural chord to play out of all of them.  It is also one of the hardest to learn for most beginners because of the fact that you need a finger on both the first and sixth strings.  This can be a bit frustrating at first to get.

I know I had issues with it a long time ago, but hopefully, with this training, you won’t have to struggle as I did.  If you have the C9 chord formed, it’ll make this one easier to form as you just have to move one finger.

The common way that the G chord is shaped can be a bit difficult to form for a beginner, so in this example, I eliminated the two on the fifth string.  It just makes it a bit easier to form and hold.  This is a very common way that a lot of people play this chord in songs.

If you notice by looking at the diagram, it is very similar to the C9 chord.  You just need to move the note that is on the fifth string (C) to the note on the sixth string.  This is a G note.

I present these this way because the way they are formed and played, is very common among many players, and in many, many songs.

Watch the video lesson below

Use these as a starting point for your natural chord vocabulary and keep building. As time goes on, you’ll see what I mean as you continue your development

There are thousands of chords you can play on the guitar.

You don’t need to learn them all, just the most common ones.  And once you do, you’ll have set yourself up with a foundation for playing rhythm & creating all kinds of cool sounds with the guitar.

Learn more about the guitar

If you like to learn more about natural chords, rhythm and playing guitar, you are in luck, because the guitar is mainly a rhythm instrument.  Although you can play guitar solos, it’s mostly an accompanying instrument.  Meaning it is designed to accompany other instruments and singers.

Get started playing guitar and if you master playing chords and rhythm and you’ll be having fun playing the guitar for years to come.  One way to get started learning how to play is with the book Learn Guitar: Simple Method For Beginners. 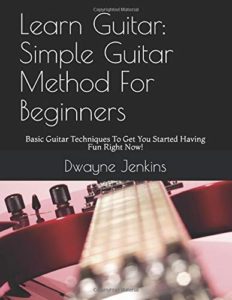 Learn Guitar:  Simple Method For Beginners will show you everything you need to get started:

You’ll learn such things as:

*What guitar is best to learn from

*How to hold the guitar

*Guitar chords that are best to start with

*Easily forming and  moving them around

And much, much more.  Everything you need to get started learning to play guitar is in this book.  I know because I wrote and published it myself.  It is available on Amazon in Kindle and print.

As well as in my eBay store Dwayne’s Guitar World where if purchased here, you’ll receive a personally signed to you Author copy.  And in addition to that, if you have any questions about the lessons you can contact me.

If you have any questions, feel free to contact me, follow me on Social Media for my latest lesson updates,  and if you haven’t already, I highly suggest you grab my FREE training-guide Beginner Guitar Secrets to get you moving in the right direction.