How to Find the Sharp or Flat In Any Musical Key 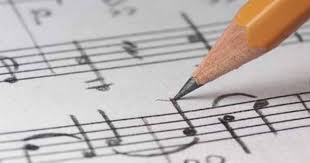 One of the key elements in playing guitar or any instrument for that matter is knowing the principles your working with and how to use them to get the most out of the instrument. For instance, knowing how to find the sharp or flat in any musical key.

The key of C major.

This is done by knowing the secret formula for the major key. And this can be learned by looking at the key of C major. The reason why we start with the key of C major as our foundation key is because it has no sharps or flats in it.

Now I know what your thinking. How are we going to find the sharps or flats from a key that doesn’t have any? Good question, read on.

What the key of C major is going to teach us is the secret formula that all major and minor keys use to determine the note intervals that make up the scale.

Let’s look at this in a little more detail:

Eight notes and eight numbers. These numbers will help us to determine the intervals (distance between two notes) that reside within each of the notes in the scale.

An interval is a distance between two notes and it is this interval that is very important to know to determine the sharps and flats (which are the same by the way, depending on which way you move through the scale) within the key that we discussed earlier.

If we look at the key of C major again and look at the distance between the notes and determine if they are whole steps or half steps, we can figure out what the secret formula is for the major scale. And once again, it is this formula that is going to tell us what sharps or flats reside in any given major scale. Our relative minor scale will help us with the minor scale formula. But more on that later.

What are the intervals of the C major scale? Well, let’s take a look. We first need to know our musical alphabet. Which is:

A  A# B C C# D D# E F F# G. As we can clearly see, there is a sharp after every note except B & E. This is very important to know because it is going to tell us why there are no sharps or flats in the key of C major.

As we learned earlier, a whole step is two frets and a half step is one fret.  So what is the secret formula for the major scale?  Well, let’s dissect the scale and see what it is. This is why a good practice routine will help you tremendously.

Nw we continue through the scale and find that between the F & G is a whole step, between the G & A, is a whole step.  Between the A & B is a whole step and between the B & C is another half step.  So this sacred information tells us that the secret magical formula for the major scale (which lets us know what sharps or flats are in a key) is, w-w-h-w-w-w-h.

If we look at this in more detail it is:

Can you see how this works?  By knowing this information we can determine what sharps or flats are in any key.  So,…… lets test this theory out shall we?

Does this key have any sharps in it?  Well to find out, we need to look at the secret major scale formula.  In the key of G it would look like  G w A w B h C w D w E w F h G.  Since there is a half step between the 7th & 8th tone degree this tells us that this would not be an F note but an F# note to fit diatonically correct within the Do Ra Me scale.  The major scale.  Remember, it must sound like Do Ra Me to be correct.  If it doesn’t, something is wrong. You must know your notes.

By learning this secret W W H W W W H major scale formula, you will be able to determine what notes are sharp or flat (depending on which way you’re moving within the scale up or down) are in the scale.  Any major scale.  Other scale formulas will be different but this is the scale formula for the major scale and this is where it all starts in music aside from the chromatic scale which is the 12 note musical alphabet.

By doing all this you increase your knowledge of the guitar fretboard and your ability to understand how the mechanics of notes work together to create music.  The more you study this, the more it will come to you and you will begin to see how you can use this information in your own playing and magical music creation.

If you need additional help, feel free to shoot me an email through my website or you can connect with me on social media (I’m on just about every one of them) and I will help you. Thanks again for reading and be sure to keep studying the fun of playing guitar.

Best of luck and until our next lesson, take care.